Bosnia and Herzegovina: “Via Dinarica – definitely one of the last pristine areas in Europe” Interview with Kenan Muftić 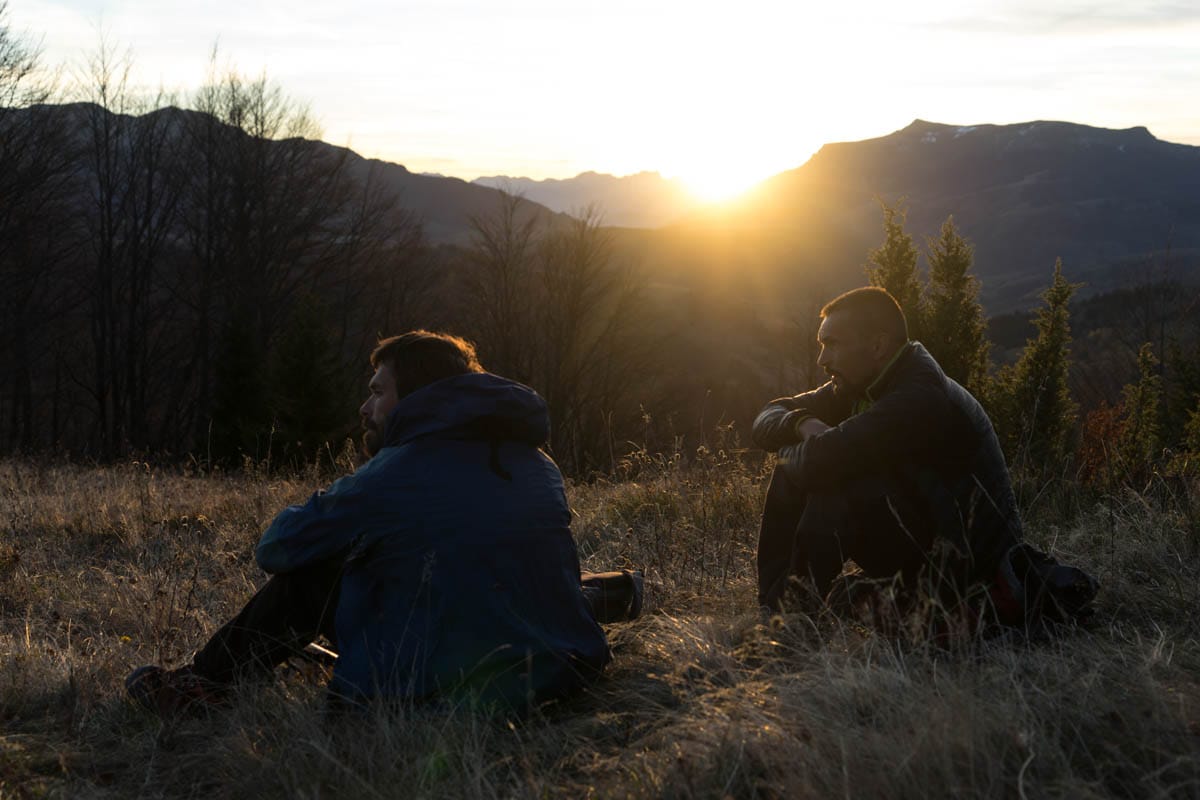 If Kenan invites you to a dinner at his mountain hut, there will be octopus and snow. If Kenan offers you a beer, it will be local craft beer. If Kenan proposes a morning walk, you will hike until you enjoy the sunset over a dozen mountains. If Kenan answers a question, he will go back 15 years so you understand the context.

So when Kenan proposed himself to promote sustainable tourism in Bosnia and Herzegovina he launched Via Dinarica. A project that exceeded the simple labels ‘sustainable’, ‘eco’, ‘organic’ and has the potential to change the lives of many local communities in the Western Balkans.

Q: What is Via Dinarica?

A: Via Dinarica is a system of long-distance trails connecting all attractions, natural and cultural heritage sites in Dinaric Alps. It’s an initiative to connect all these places with the aim of sustainable development, to help and support abandoned and neglected rural communities in order to preserve a traditional way of life and nature around it. It starts in Slovenia, going through Croatia, Bosnia and Herzegovina, Montenegro, Albania and ending in Kosovo. The Kosovo sections were developed last year and other trails in inner Dinaric Alps and along the Adriatic coast are still under development.

Q: How did you start developing Via Dinarica? 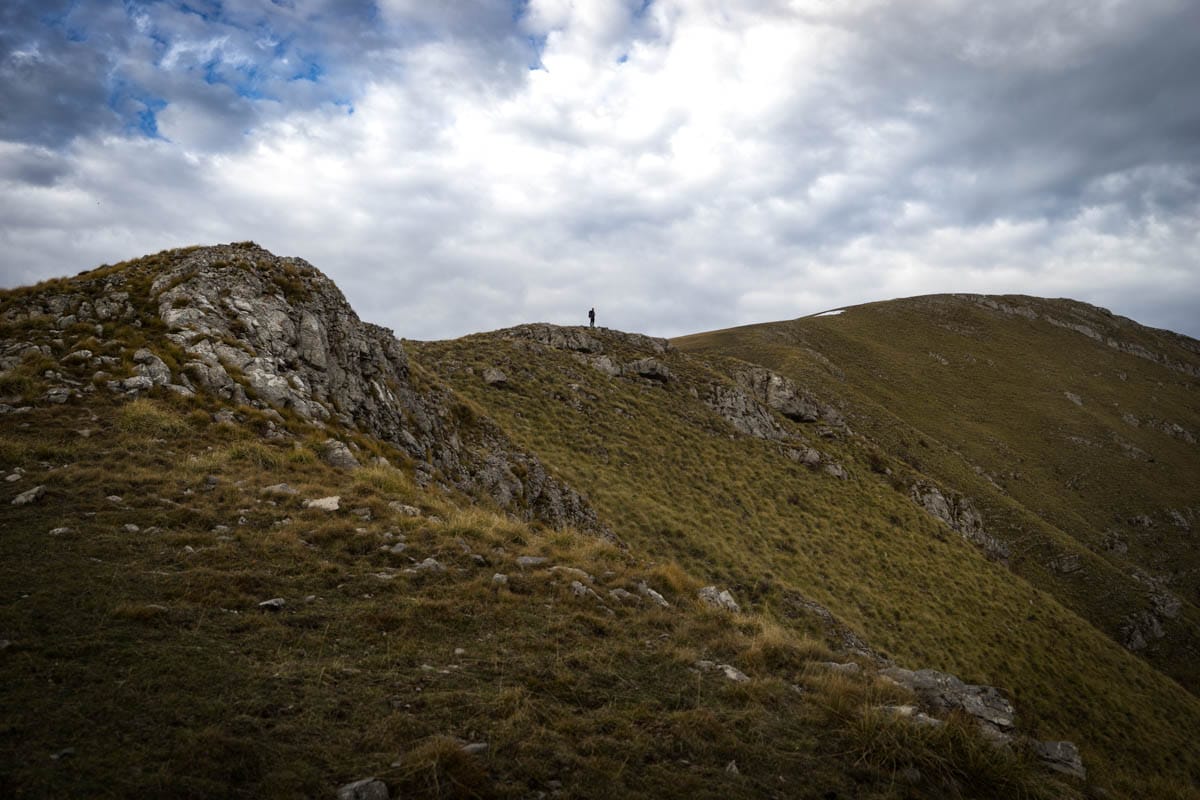 A: We founded the NGO Terra Dinarica in 2013 to work on nature conservation and sustainable development within this area. Together with our partner organizations Via Dinarica Croatia and Green Karst Slovenia we are developing Via Dinarica, which is based on 4 pillars: only one is sustainable development, sustainable economy, primarily sustainable tourism. And then there are the necessary preconditions for the first one: nature conservation within Dinaric Alps, education of the people and the visitors and recreation and improvement of life standard of the populations living in this area.

Q: Can you describe the mountains around Mountain Lodge Bijele Vode where we are now?

A: You are here close to Via Dinarica Trail going from Mount Bjelašnica over to Mount Visočica via River Rakitnica. We are in the place Bijele Vode which in on the watershed between Adriatic and Black seas. As you can see this area is very beautiful and a high biodiversity spot, as well as a place of exceptional landscapes, planned to become a national park in 1980. 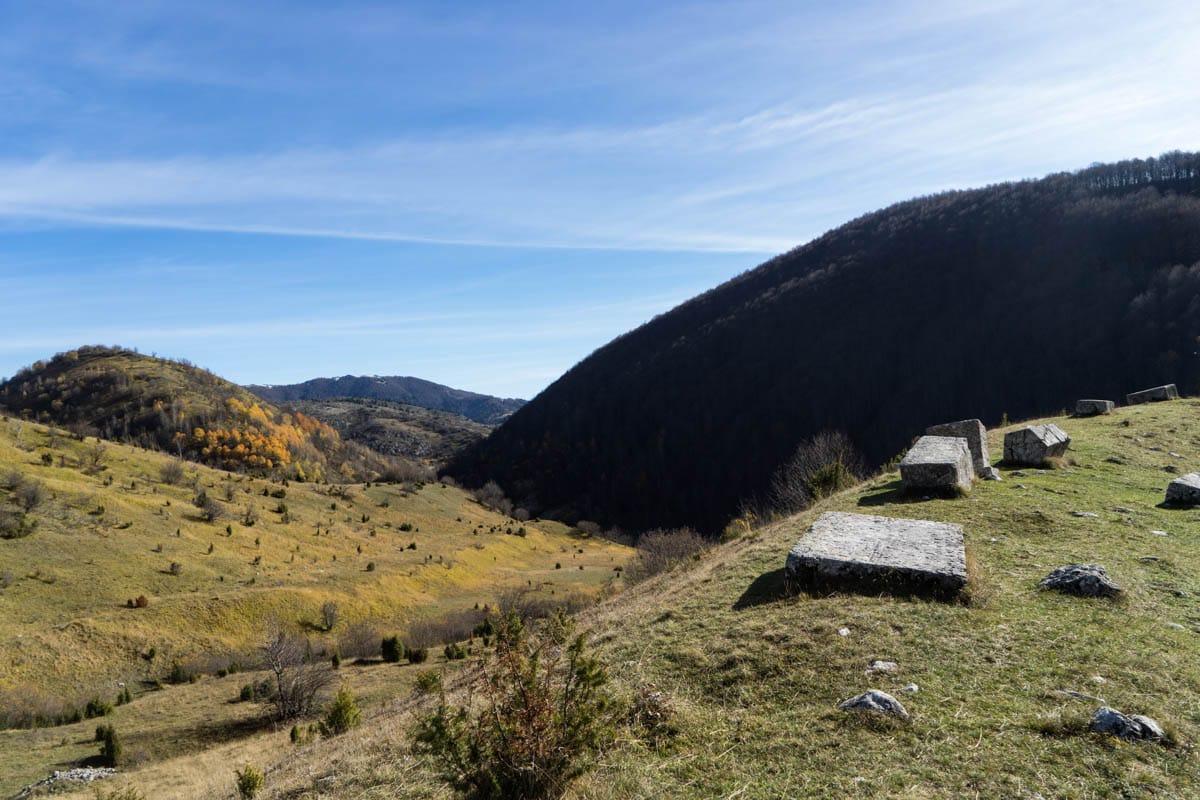 So within the spatial plan of former Yugoslavia this is proposed as a national park – Bjelašnica, Igman, Treskavica and the canyon of Rakitnica. In accordance with that plan, the government of Federation Bosnia and Herzegovina proclaimed this as an area of interest for the Federation in order to preserve the nature and landscapes, but due to the interest of lobbies of some industries this decision has been withdrawn a few years ago. It still remains unprotected while other activities are ongoing which are not in line with protecting nature in a national park and becoming a place for visit as it’s originally foreseen.

Q: What problems are these mountains facing?

A: What’s going on is a lot of hydroelectric projects in upper Neretva valley and its tributaries, like Ljuta River. But also there is a huge construction site in Olympic centre Bjelašnica, it actually extends over the capacity of the ecosystem to hold so much pollution and it’s also directly affecting the city of Sarajevo when it comes to the source of the drinking water. They are constructing more and more hotels and apartment buildings while there is no snow and ski facilities are not matching the number of visiting people. They are trying to compensate the consumption of water by bringing water from nearby rivers, what may affect the water flows and it is questionable whether would maintain the slopes for skiing. Another issue to be concerned of are huge development projects for building cities with apartment quarters and even shopping malls in almost pristine nature. We have a lot of visitors from Middle Eastern countries which are finding this land very cheap, but at the same time it’s like paradise, everything is green, it’s full of water. But they are not concerning the actual impact.

Q: What kind of development does Via Dinarica want for Bosnia and Herzegovina? 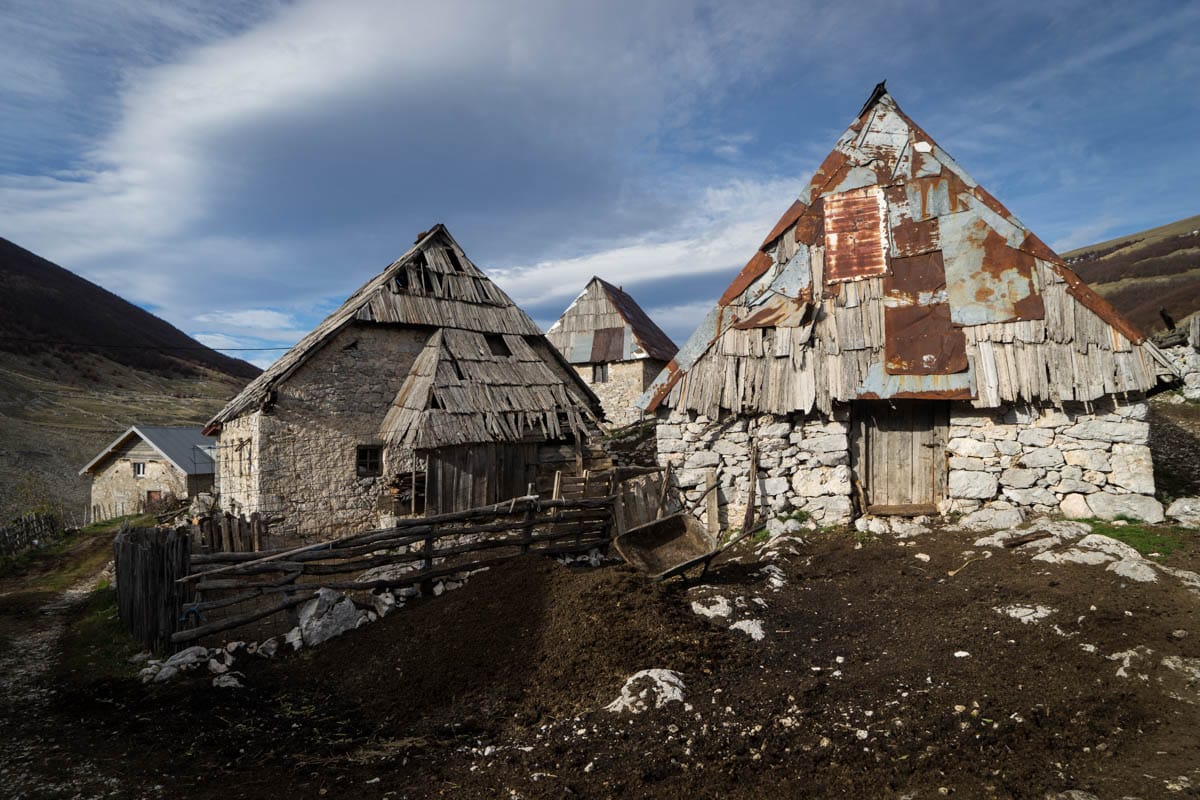 A: This is definitely one of the last pristine areas in Europe and it is actually affected by the demands for fast development, mass tourism and construction, logging, energy and so on… While in the same time Western countries are thriving to visit places like this and we are not realizing the opportunities for tourism and organic agriculture. What we are trying to do with Via Dinarica is to present these places to the world. First to the adventurers, which will inspire the others to visit the area. And if this area is overbuilt and if the landscapes are damaged by the artificial constructions, it will not be attractive anymore as an untouched destination. So we are promoting it as an untouched destination and we are really getting a response from European countries but also from others, so there are a lot of visitors actually coming here and spending money within the local communities. Why? Because they get something they don’t have there. You cannot buy fresh organic-made food in big shopping markets in big European cities, even not in small cities, and you cannot walk in pristine nature without hearing the noise of highways, but here it’s possible. This is something that Bosnia and Herzegovina is competitive with other developed countries and this is our key for development. And right now there is a focus to destroy that, instead of exploiting the opportunities, to show something that others don’t have, but are ready to spend money on and ready to enjoy it.

Q: How are local communities benefitting from Via Dinarica?

A: 10 to 15 years ago almost nobody knew about the villages here, behind Bjelašnica. First tourists started to come from the 2000s and here now we have several small restaurants and guesthouses the villages Umoljani, Lukovac and Lukomir. There are even people from the city leaving their jobs in the city and starting initiatives here. Take as an example the village of Ljuta which was abandoned so almost nobody lived there in the winter time and that’s why it was open for projects like excessive logging and hydro plants on this beautiful river. In the same time, there were few people who actually wanted to stay at their homes and live out of their work. And now you have hikers from Via Dinarica visiting that particular place on their way and they are staying in these households, having food there and buying some souvenirs, sometimes even staying for some days because of hospitality. Similar cases we have in villages on the other side of Kalinovik which actually belong to the Republika Srpska. These villages didn’t have so many connections and now the trail is connecting them and the visitors are coming from one place to another. So they started cooperation, it represents hope for these people and already we can say that it’s changing their lives.

Q: What is the main problem for nature protection in your country? 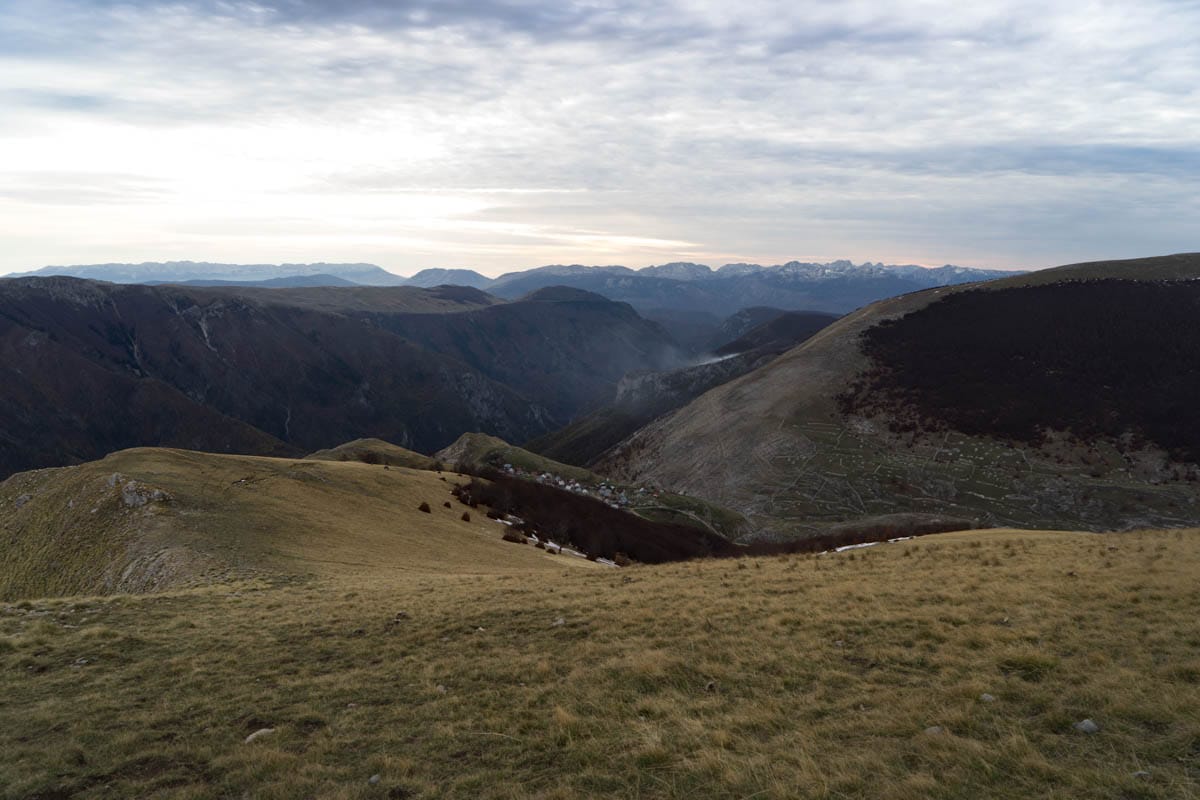 A: I will be very direct. In my opinion, the main problem of Bosnia and Herzegovina in order to protect its nature are the values of the local population. The sad fact and irony are that we have one of the most beautiful and most preserved nature areas in Europe and we do not appreciate it. The majority of people, especially in this area that is not protected, do not see nature as something valuable, they don’t love it, simply they don’t have pride in it. They are more turned to the materialistic things, priorities are somewhere else. So that’s the reason why Bosnia is still behind in proclaiming protected areas and implementing laws on the ground. At the same time, you have the example of Una National Park which started as a local initiative. It was not a national park in the spatial plan of the former country but people love their river, love their nature and they actually made the national park. You have some other places where the situation is better, people themselves are fighting for nature, but in most cases, they simply don’t care. That’s what democracy brought. They have the right to decide what will happen around them.